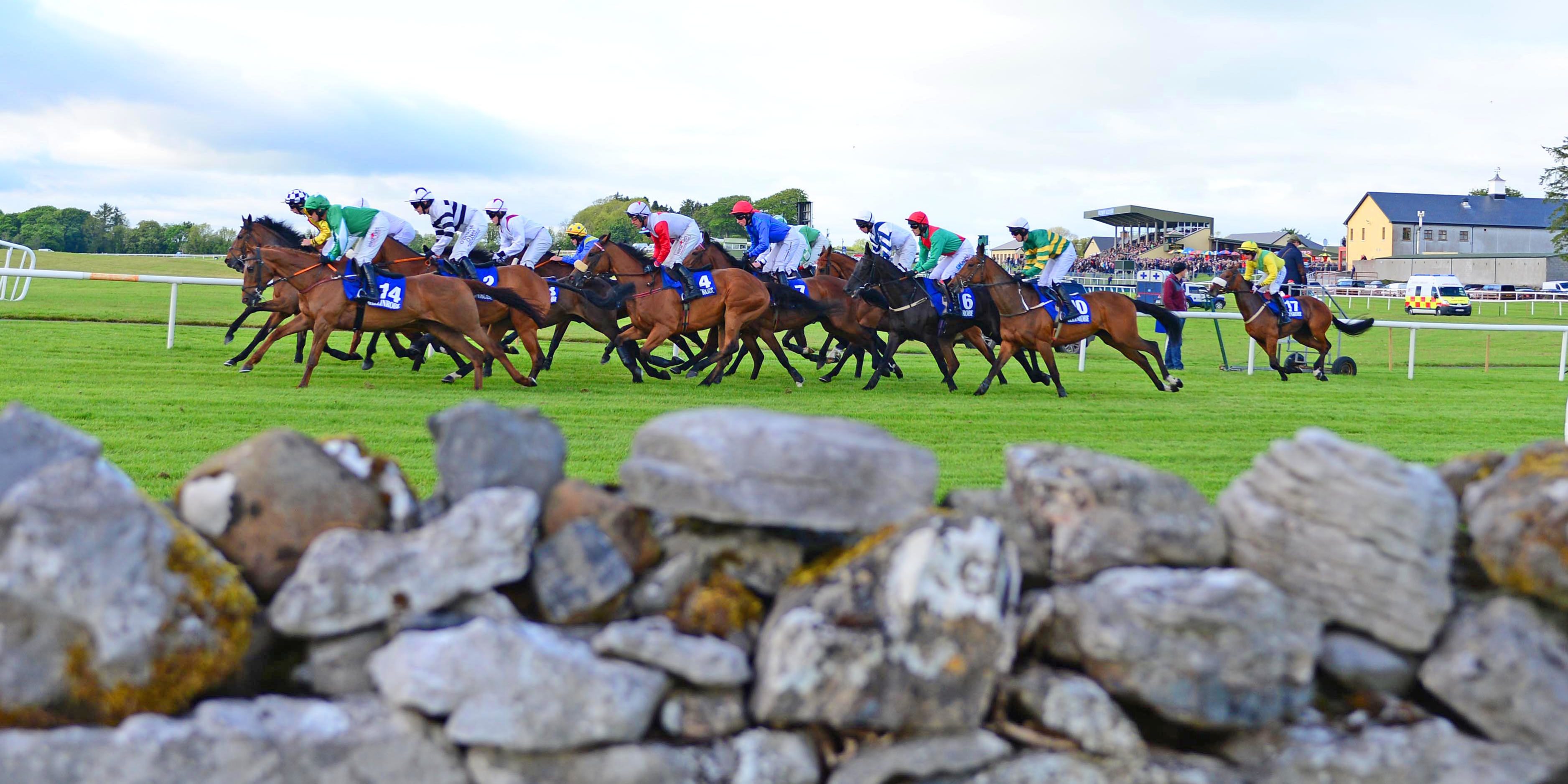 BALLINROBE Tuesday, May 7 First Race: 5.40pm (7 races)
There is a seven-race National Hunt card at Ballinrobe on Tuesday evening with the action at the hugely-popular County Mayo track kicking off at 5.40pm.Patrick Carey doesn’t have many horses in training but that doesn’t matter as long as Seskin Flyer stays fit and well. The eight-year-old has provided the trainer with many memorable days on the racecourse, winning four times and cashing a cheque for finishing second on seven other occasions. Carey’s stable star lines up in the feature BetVictor Handicap Chase (7.40), worth €20,000 in prize-money, and is sure to be popular with punters. Gordon Elliott will fancy his chances of winning the opening Connolly’s Mercedez Benz Sligo & Galway Maiden Hurdle (5.40) with the promising Road To Dubai who was fourth the the useful Fakir D’Oudairies on his only start over jumps.The going at Ballinrobe is good.