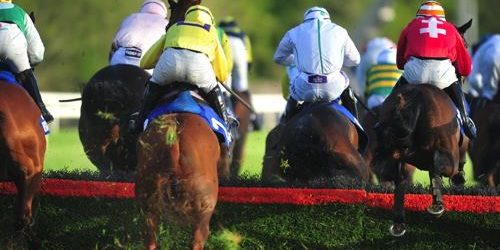 The Ballinrobe 2-Day May meeting gets underway on Monday evening with a seven-race jumping card starting at 5.45pm.

The Monroes John Monroe Memorial Mares Handicap Hurdle (6.45) is worth €18,450 to the winner and the field of 11 is headed by the Dermot McLoughlin-trained Dixie Lee under Denis O’Regan.

Gordon Elliott supporters have two light-weights to consider here with Smiling Eliza and Arctic Sofia both declared while Ireland’s champion rider Paul Townend has been booked by Champion Hurdle-winning trainer Gavin Cromwell for the consistent Ejayteekay.

Ten runners are declared for the Sheridan Electric Hurdle (6.15) including recent Cork winner Foveros, owned by Luke McMahon and representing Willie Mullins under Paul Townend, and Fairyhouse runner-up Morosini from the Jessica Harrington yard. Elliott also has two runners in the line up here with Davy Russell booked aboard recent Downpatrick winner Coolongolook and Sean Flanagan teaming up aboard stablemate Authorizo, both runners owned by Gigginstown.

The going at Ballinrobe is good.