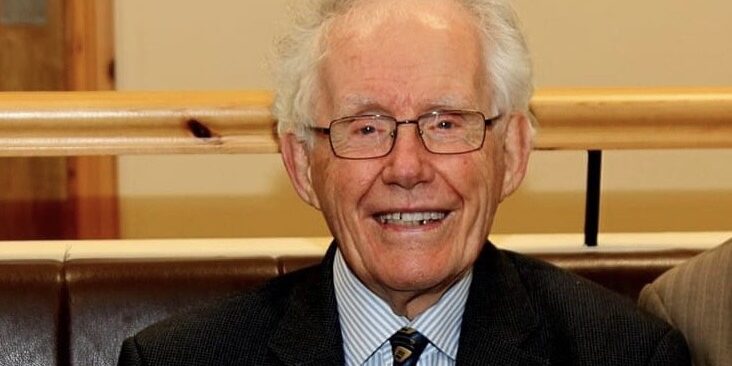 It is with deep regret and sadness that we learned yesterday of the passing of Billy Horan.

Billy was a director and Committee Member of Ballinrobe Racecourse for several decades. He was an avid supporter of the racecourse and was very proud to be a part of the major developments that have taken place at the racecourse over the years.

Many will remember Billy as a great GAA supporter who served Ballinrobe GAA club in many roles over the years, but he was also a keen racing enthusiast. He studied the racing pages daily and watched racing regularly on TV.

To racegoers at Ballinrobe he was the man behind the desk in the race day office. As soon as the gates opened there would be a steady stream of people heading towards the office, mostly to pick up a race card, but many just to have a quick chat with Billy. Naturally a lot of the talk would be about GAA, – the game in Croke Park last Sunday – who played well – who didn’t, what the traffic was like on the way up, and so it went on throughout the evening. Billy always had a few tips up his sleeve for those who came asking and quite a few did! Past pupils of Billy’s home to Ballinrobe on holidays were also frequent visitors.

Race evenings always seemed to pass quickly and before we knew it Billy would be making his way to his car after the second last race “to beat the traffic” and heading home to catch the last race on TV!

Billy was a quiet and unassuming man and such an integral part of race days here at Ballinrobe. He will be greatly missed. To his family, Michael, Liam, Maurice, Elizabeth & Sarah, son-in-law, daughters -in -law, grandchildren and the wider Horan family we send our sincere condolences

Save
Go to Top